Some things are worth fighting for, as the saying goes, but others you can’t – or shouldn’t – fight, including:

When you’ve been trading as long as me, you realize that Wall Street, like so many other things in life, is cyclical.

Sure, traders make their own decisions and act individually every day, but the stock market also has a collective heartbeat – like those weird schools of silver fish that instinctively move as one.

And the overall mood of Wall Street – or market sentiment, for the newbies – certainly has an impact on how stocks move.

So in today’s Penny Hawk newsletter, as well as in our 9:30 a.m. Long & Short of It session, I’d like to spend some time going over the 4 Stages of Sentiment.

Knowing where we are in the sentiment cycle can tell you where stocks might be headed, how close we are to a bottom or top, and a whole lot more.

In fact, the 4 Stages of Sentiment are so important – especially here and now – that I’ll likely be adding an entire chapter around them in your Bear Market Survival Guide soon.

And where we are in the CURRENT sentiment cycle will certainly color my Penny Nation trades, the latest of which I’ll go over with my premium members in our exclusive room at 10:30!

Once the market gets its mind set on a direction, it becomes harder for rational arguments to carry any weight against that direction.

This proves a couple things:

In the middle of one of the worst bear market runs in history, for example, I constantly heard some investors all but shouting that a bull market was right around the corner.

These investors were trying to fight the trend, hoping and praying the worst was behind us… but we weren’t in the right phase of the Sentiment Cycle to have hit a bottom yet.

There are four stages of this cycle, and there’s only one stage in which we can mark a true bottom on the charts: Despair. 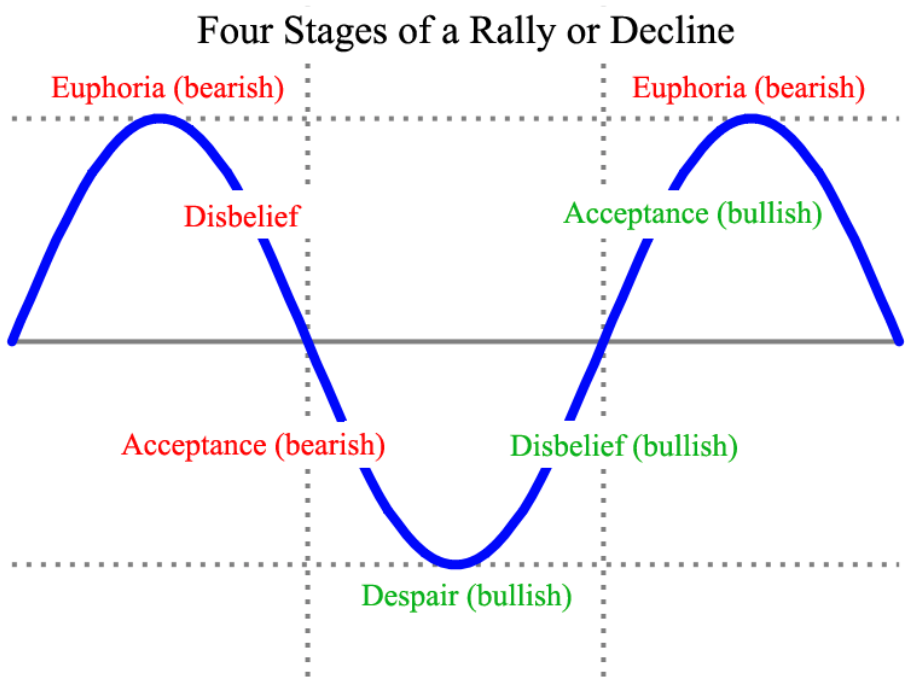 That’s right, something as gloomy as despair kicks off a rally.

We’ve all heard the phrase “The market climbs a wall of worry.” Well, that wall is tallest when there appears to be no light at the end of the tunnel and investors have thrown in the towel.

Why does this mark the point at which a rally will kick in?

Well, if investors hate stocks, it’s likely that they’ve sold them. And we’ve all heard the term “oversold,” which is a point where a stock is technically due for a bounce.

When despair has reached a climactic level, it signals that investors have likely exhausted all of their potential selling pressure. This means that the risk/reward balance has shifted away from risk, as there are fewer participants left to apply selling pressure.

Put simply, just as you could get the best seats in a movie theater when Covid fears were running rampant, you can find the best deals on stocks when investors have left the market due to their despair.

We gauge whether despair has set in by monitoring sentiment indicators such as investor polls, options activity, analyst recommendations, short interest, media buzz, and other measures of money movement.

And right now, I’m still seeing lots of evidence that despair has not set in… which usually means bad news for stocks.

We’ll discuss the other three stages of the Sentiment Cycle – Disbelief, Acceptance, and Euphoria – as well as each stage’s signature and market implications, in the coming weeks.

Until then, you may want to laminate those Bear Market Survival Guides, and look for pockets of opportunity among those low-dollar stocks.

Now hop in the room at 9:30 a.m. ET and I’ll tell you about some names I like from today’s cheap options watchlist, as well as which stocks I’m stalking into earnings. 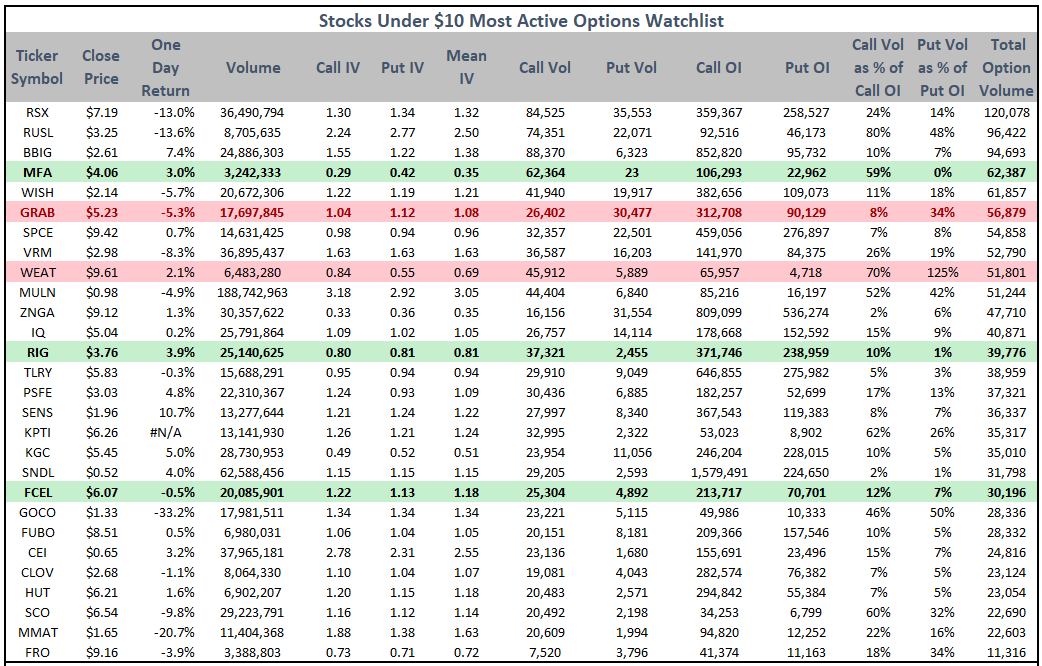