The VIX made a move of 18% yesterday as the market started coping with the fact that yes, we may be in for another trip to the market’s recent bottom.

Looking back over time, which I love to do, the VIX has seen moves like this about 200 times, and 13 times in 2022. Why do I tell you all of this? Because it matters as we look at the market getting ready to shift…

These moves tend to happen when we hit the VIX rumble strip and the market tends to overcorrect.

Here is how to find that opportunity to capitalize. 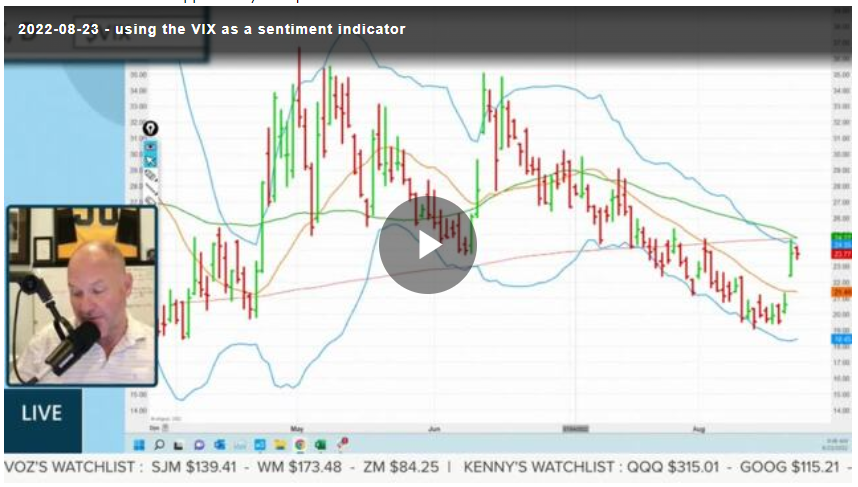 This time when there was an over correction the VIX came up and tested not only the 50-day moving average, but more importantly the 200-day.

The Line That Killed The Rally…

Given what I dropped on you about the 200-day moving average Monday, let’s talk about it right today.

The 200-day moving average is your best friend… The 50-day is the trend, and the trend is your friend, but right now, the 200-day is it for the simple reason that everybody is talking about.

If you don’t get my point, turn everything off and stop trading. Cause it’s simple – 200 day is just the average of the last 200 closes. 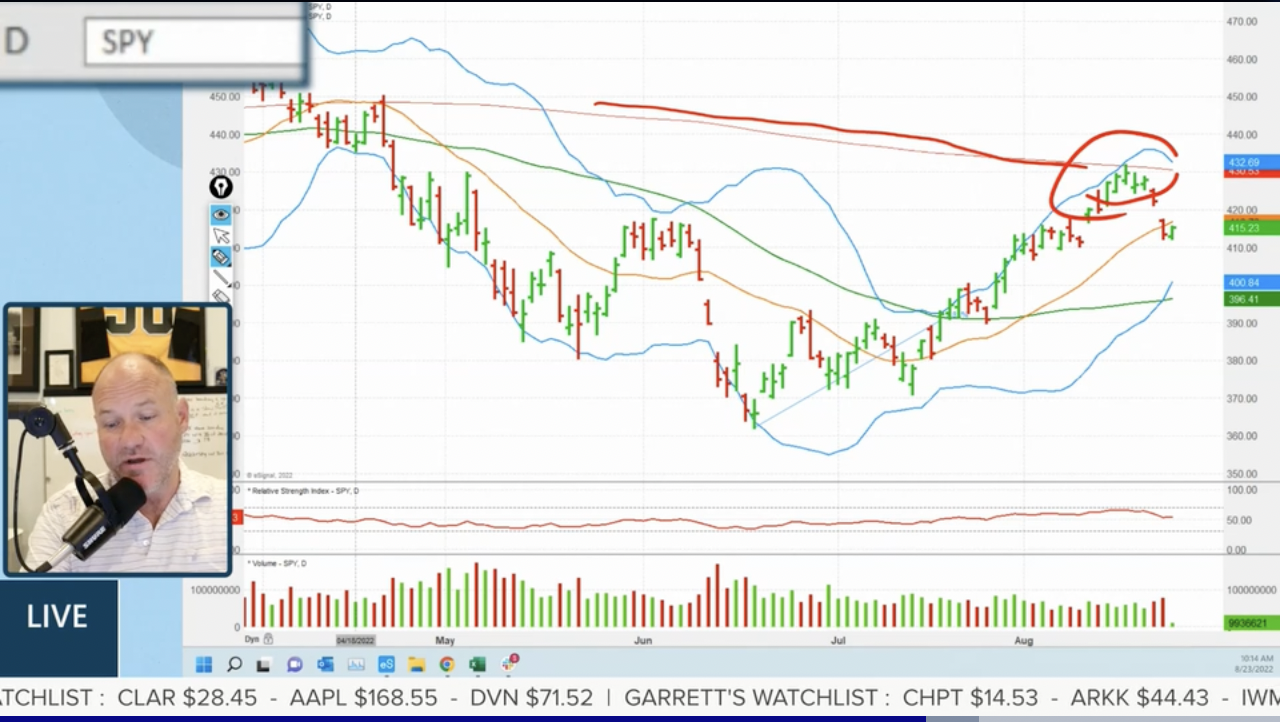 The 200-day moving average came into play, and it’s kind of spoiled the punch for everybody.

Why? Because they’re looking at it…

Should you be following the crowd? Yes, in this case. This is one of those where you can follow the crowd, because they’re reacting.

They’re not telling you what they think is going to happen, they’re actually reacting to what’s happening.

I’m not one for following the crowd, but when I see the market reverse itself – a trend line like that – it tells me things are not going to go well.

This is a point of resistance. If the market’s going to move higher, it has to get past the 200-day

Trade the S&P 500, but also, I told you yesterday that there are a number of companies that are having trouble with, or getting ready to have trouble with, the 200-day. 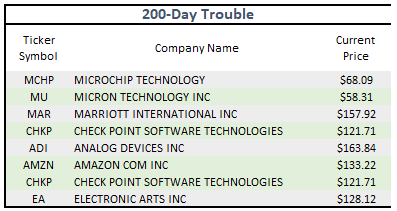 These stocks are going to be part of those stocks that you want to watch to play on the 200-day moving average.

Some little, fledgling company named “Amazon” – ever heard of it? 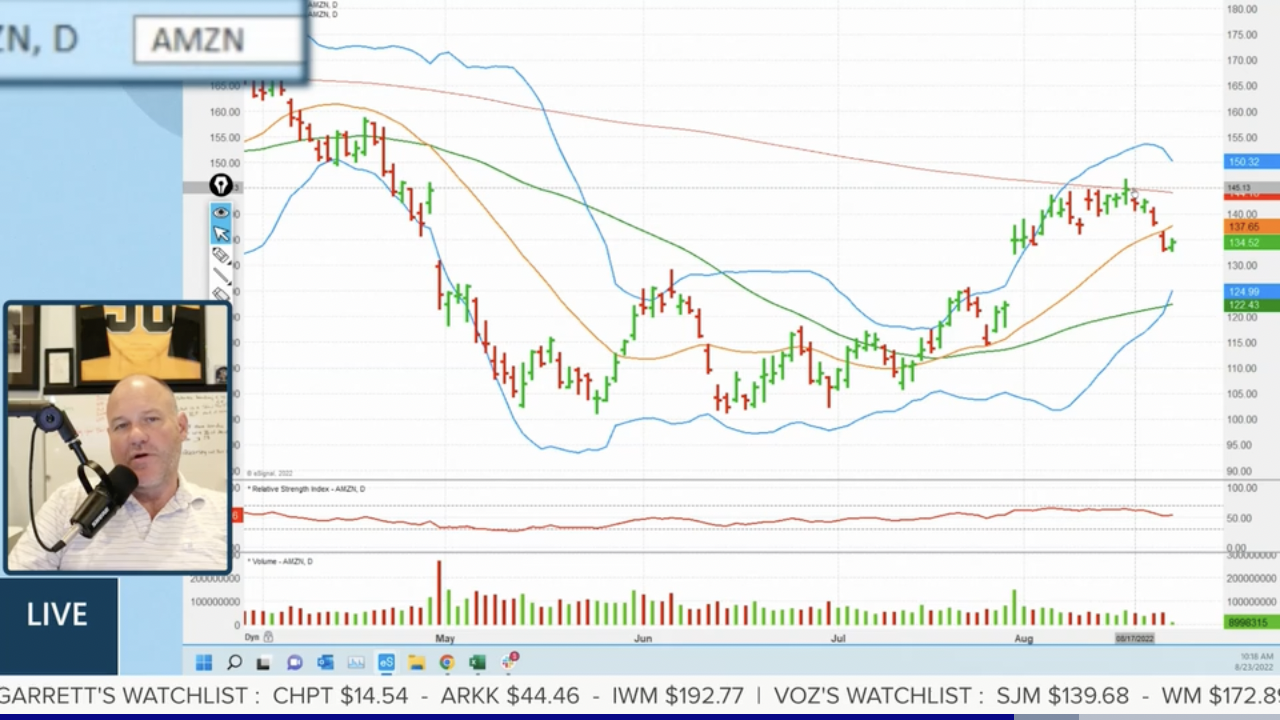 The 200-day moving average is what we’re paying attention to here (in case you forgot), and just like the S&P 500, it does make a market.

So, I’m trying to teach you how to use this chart a little bit when you’re doing it on your own.

My simplified chart of the sentiment cycle is kind of like riding a bike with training wheels. Its still a bike, youre still moving forward, but you don’t have the full swing of it until those wheels come off.

The training wheels on my chart is the fact that is does not account for the cycle-ception we are going through thanks to these IDIOTIC moves being made in the MEME stock world.

There is a chart that has existed for literal centuries and still holds true in the markets today. 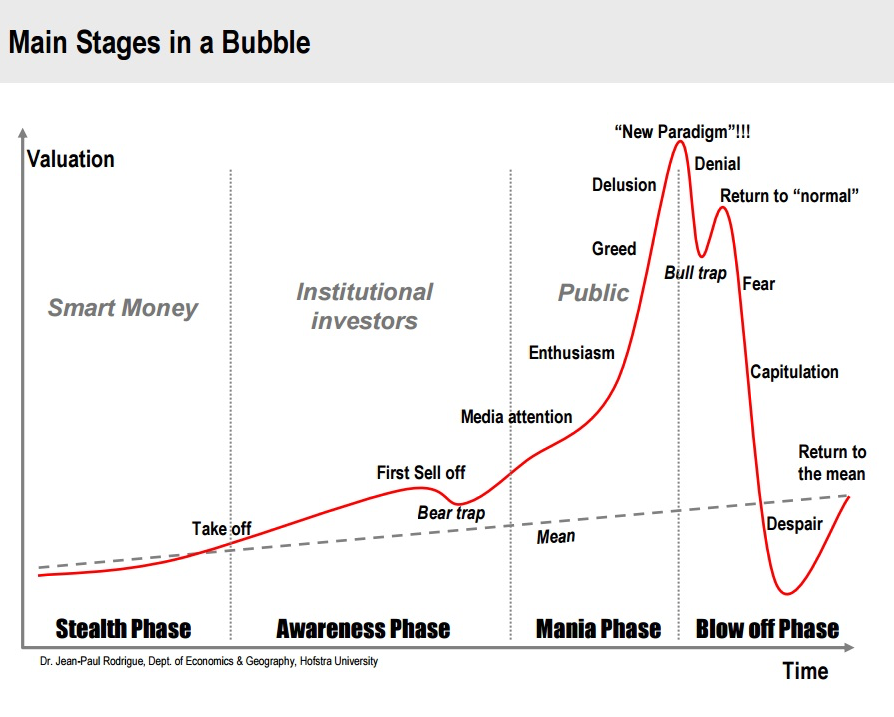 This chart is the ‘Tulip mania’ chart – yes it is actually based on flower sales in the 1600’s – and it will be something you should have a deep understanding of if you want to understand the markets ebbs and flows.

To explain the comparison between the two charts the “New Paradigm!!!” is going to be euphoria, everybody is thinking nothing can go wrong. Nothing will stop this bull run…

Then when we roll over and get ito denial that explains itself people are selling but others are practicing their Diamond hands move (is that what the kids are calling it now a days?)

Now we get to today….

We were seeing the MEME stocks rally over the past few weeks and they hit new highs blowing passed their Bollinger bands and 200 day moving averages this is when we get to the ‘Bull Trap’ phase.

It’s a cycle-ception moment in the market where people who are holding and buying still are fighting to keep the market going up.

It is called a trap for good reason. This is when people who are of the less informed group are going to get mauled by the bears of the market.

We are starting to see that right now with the first culprit of AMC. It dropped nearly 42% in a single day, anybody who was slow to react went from sipping mimosas on the beach to a Seattle storm in just one trading period.

This is a sign that things are ‘returning to ‘normal’ on this chart. It means we are getting to the end of the mini-cycle that we are in and we are heading towards the most aggressive and explosive period of the cycle.

Acceptance. Now in this chart acceptance encapsulates fear and capitulation. It’s a time where everybody just throws their hands up, start moving to cash, and try to weather the storm.

For me this is a breading ground full of targets. As you know I’m a bear, I know where the market is going to be in the coming weeks.

Sure we could have fluttered our wings a bit in the Bull Trap, but then we are adding a level of risk that neither I nor you should be comfortable with…

We knew months ago that things were positioned to go down and we have been playing the long game. Yea we all have gotten a bit more flexible from it but as this all plays out we will continue to get out money back from the losses we did take, and put some profit on top of it.

If you want to join me and the Crew in the trenches of this target rich environment Check out my Night Trader or Penny Nation, both groups are going to be swinging for the fences as that MEME indicator starts to show the pull-back.

That is when we strike hard and prove the MEMEsters wrong by letting our trades unfold and the market come to us.