It is still a bear market. Now I admit that bear markets do have rallies-some of them good ones.

And I admit that there were signs of buyers out there today. After all, Microsoft (MSFT) closed higher for the day even though the indexes closed lower.

And I admit that this stock I showed in the Night Trader room looks like a really, really attractive chart. But I feel as though I am doing a disservice to show you this chart. 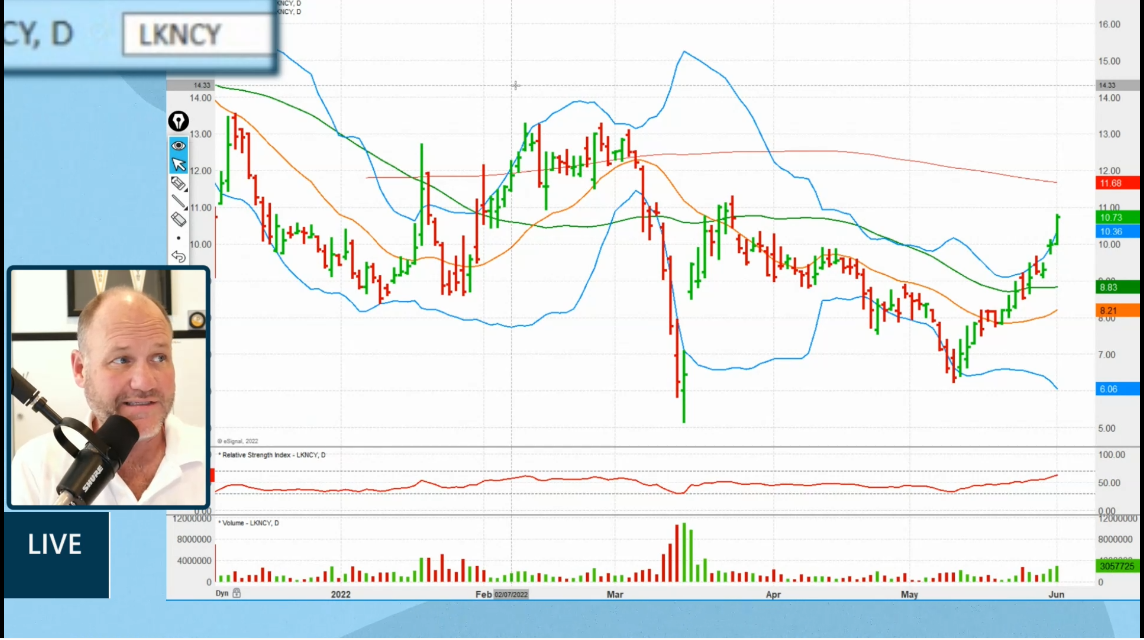 See I would never trade a stock that looked like this. It is way too overbought.

In any market setting you never know when buyers have hit the point of “too much,” but in a bear market, you can easily bet that this point comes much sooner than it would in bull market conditions. That’s why buying a stock like this is flat out dangerous.

There are much better trades out there. Take this one from Voz, for example. Just right before the Night Trader room, she had this stock up at her two-minute warning. 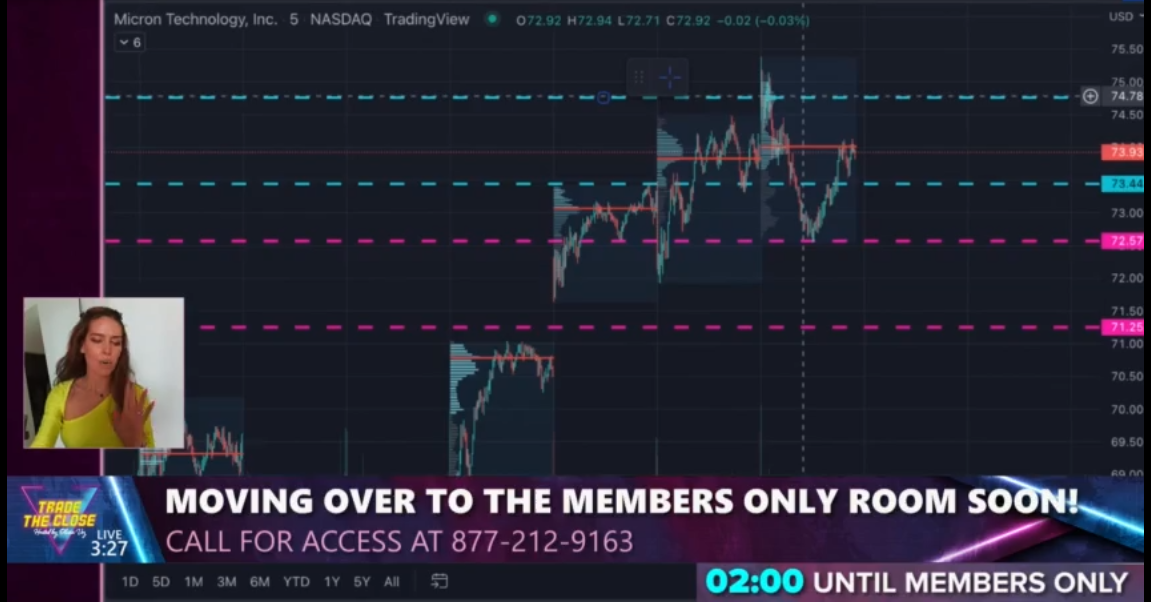 In case you can’t see it, VOZ has Micron (MU) up on the screen and she’s doing her own brand of volume analysis (tbh it’s really quite good). Micron had two fantastically tradeable moves today. See that big “V” shape at the end of the chart?

The thing about a stock like Micron is that the options are liquid and they usually have tight spreads. So if you can capture either of those moves, then boom!

But if you look really close, there is a mini version of that shape right at the end of the day. That’s where Voz works her trade-the-close magic, delivering her bombshell trades.

She sticks the gamma risk right to those market makers with trades like that. Awesome right?

But listen, don’t get me wrong. There are some clever buying opportunities, and if you’re careful, you can find them.

You don’t have to follow minute-by-minute trades if you don’t want too, because the higher probability trades are those positioned for lower prices over the next few days and weeks.

That’s true even in penny stocks where you can find a four dollar stock that heads to two dollars. Hate shorting? That’s what put options are for.

Speaking of which, did you hear about my Ross Stores (ROST) trade?

That’s what happened today. That’s why I know this is still a bear market!

Watch me on money morning live to start your trading day.