I’m going to be frank with you.

Everyone has a drink when the bears take over…

And we hit the TAP (pun intended) on Molson Coors with my Night Trader crew.

After all, when times get rough on the market… why not have a Coors? 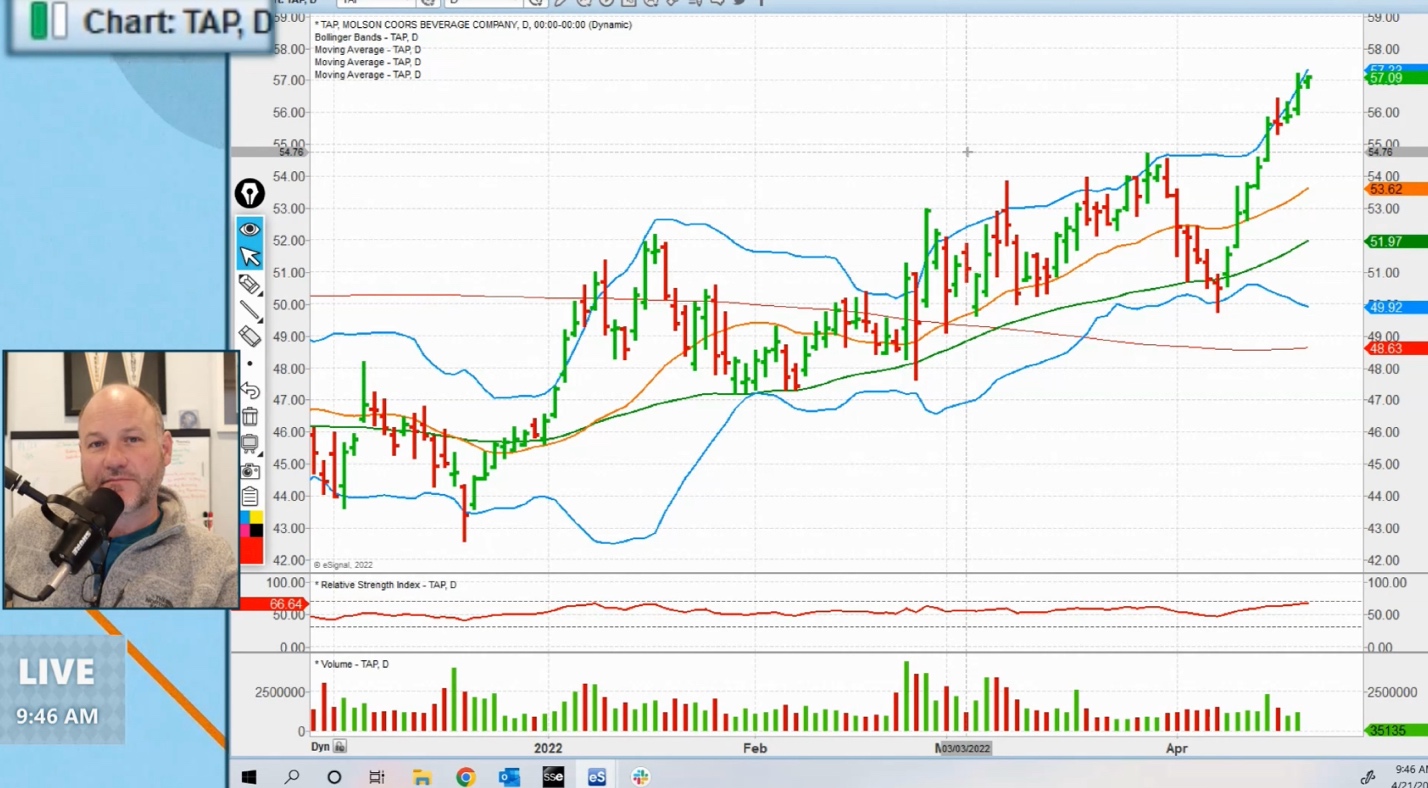 So you may be asking, “Why did you trade this?”

To start, this stock jumped above its 20-day moving average.

That told me it was breaking through the roof along with other consumer staples.

That includes companies like Procter & Gamble (PG) – which hit it out of the park this earnings season – Colgate-Palmolive (CL), and Coca-Cola (KO).

These all have something in common – they are considered safe havens in a volatile market.

But we bought our position on Molson Coors (TAP) specifically for a very special reason.

We spotted a short squeeze beginning to take hold on this stock.

My Night Trader members are killing it on this trade, but that doesn’t mean it is too late to take advantage of upward momentum.

You can go out and buy the XLP – a collection of most major consumer staples.

And since I’ve been away for a few days, I wanted to give you a MASSIVE update about a few companies on my earnings radar.

We begin with everyone’s favorite EV company Tesla (TSLA), which is popping 10% today…

But one of my rules of trading is to never short Tesla and Apple.

After all, practically everyone owns a slice of these companies.

And who am I to have a different opinion than nearly everyone else?

Right now, things are going well for Tesla – but not for other EV companies.

That’s because – as they mentioned in the recent earnings call – they’ve already gotten inflation and supply chain under control.

That’s when loads of investors will sell off to protect their profits.

Next up, I’m taking a look at a stock in the consumer discretionary space which has hit choppy waters lately. 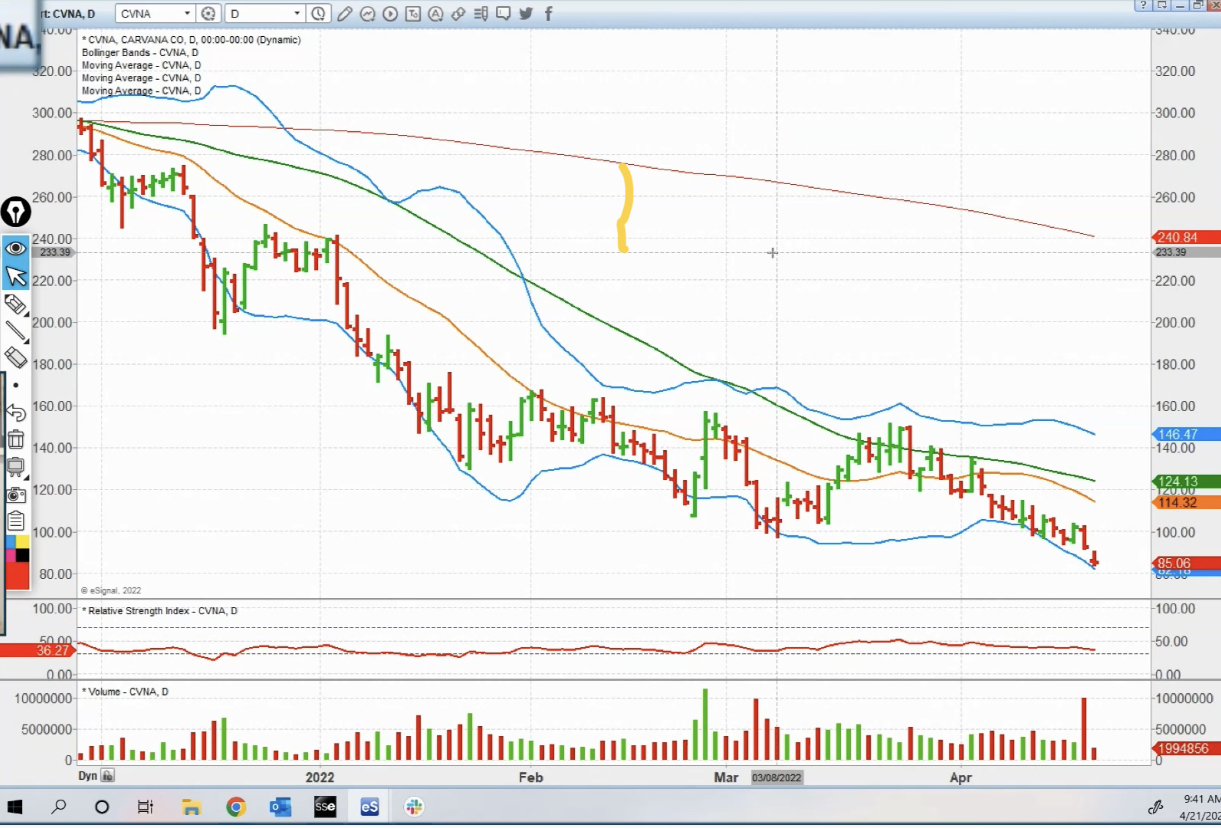 While revenue remains high, they lost in other key metric areas.

The writing on the wall says it will break down to the $80 print and maybe go as low as $70.

So how do you play it?

You can pick the option. You pick the price. But no matter what, you are going to want to short CVNA.

And for our last ASAP Earnings Update, I’m taking a look at Netflix (NFLX).

The streaming business is becoming highly commoditized at this point…

And many people feel they can cut back on some of their lesser used subscriptions.

I know I’ve personally felt that way at times.

And the programming has been suffering for some time now.

Netflix Originals led the industry, but now, they are fighting with Amazon, Apple, Hulu, Discovery, NBCUniversal, and so many others to put out top-quality content on their platform.

You can practically go pitch them anything and they’ll toss a couple million behind it. 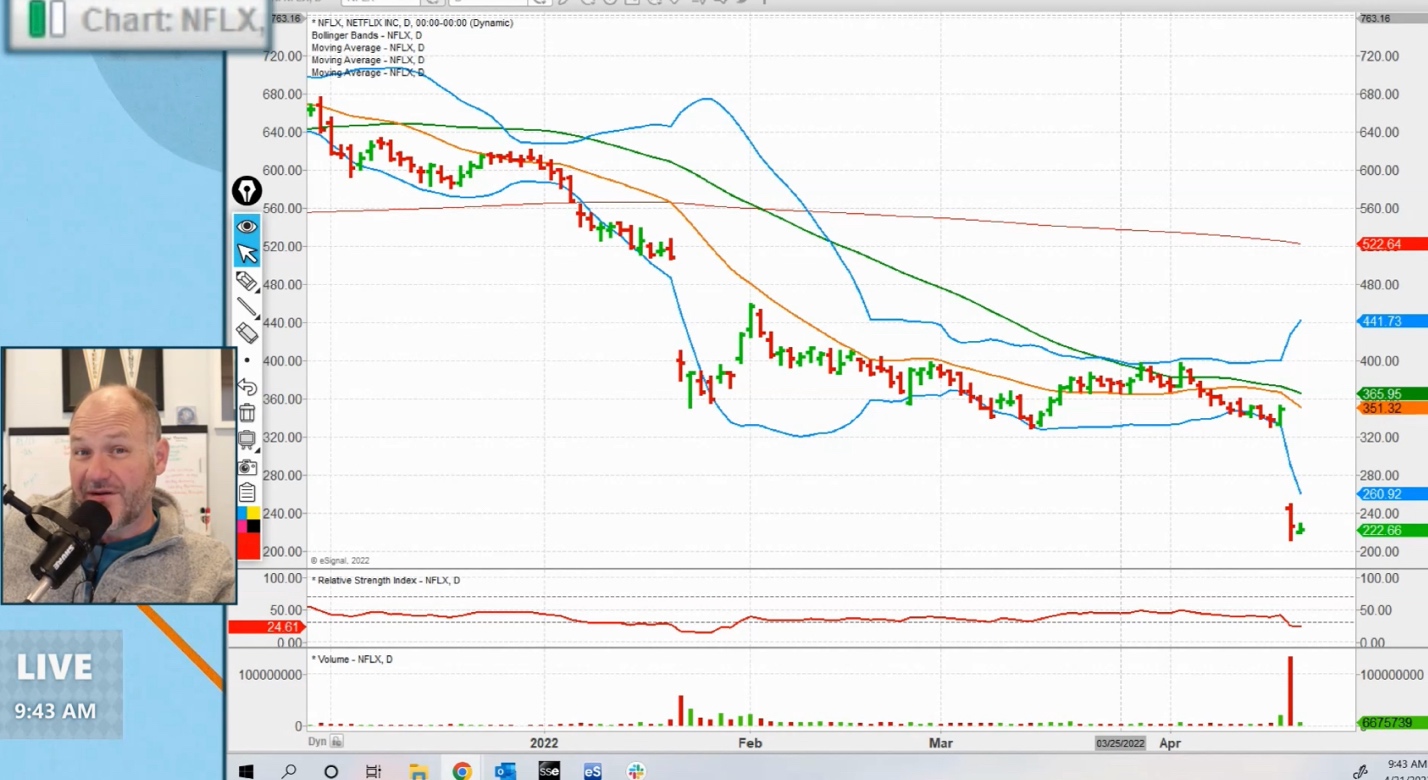 That’s not so smart from a business perspective, and it is reflected in their stock’s recent trend.

I think you’re safe to short this one out to January 2023.

Let time be your friend here – it is in for a long ride down.

Are You a Bull or a Bear?

On today’s show, I asked if viewers were feeling bullish or bearish, and we had roughly a 40:60 split – with the bears in the lead.

It’s my unscientific experiment to see where our community’s sentiments are right now.

With that said, I think there are some sectors trending to the upside and downside right now.

Here is my sector watchlist for today… 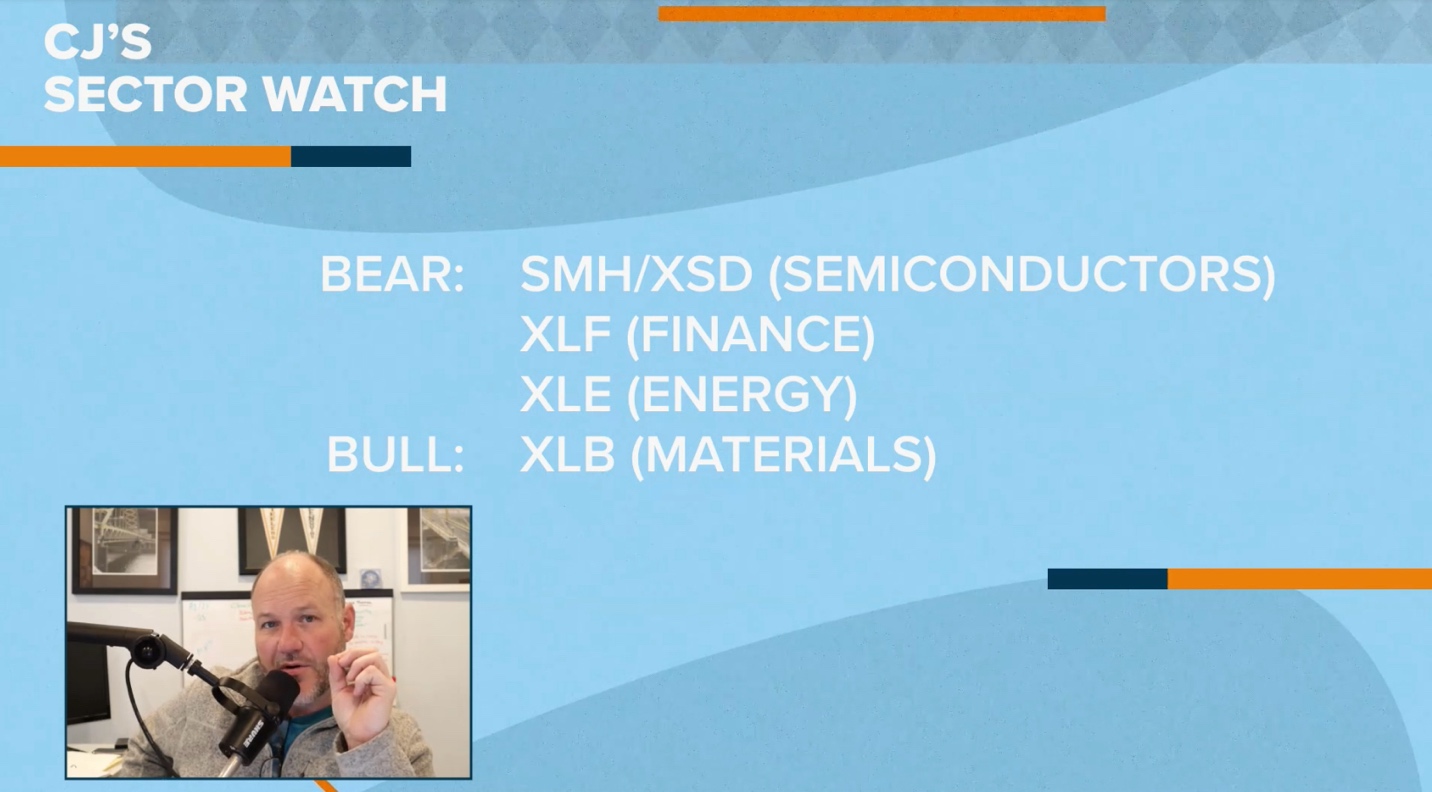 There are companies in each of these that are giving you massive opportunities now – no matter if you are a bull or a bear.

And my Night Trader crew is going to have the first access to any of the big plays on my radar throughout the rest of earnings season.

Don’t miss out on your chance to become a member.

Click here and join before our next Night Trade emerges.

I’ll be back with another exciting update tomorrow!

Wishing you all the best trading success,