Unfortunately, I woke up with flu-like symptoms, so I won’t be on air for our normal 9:30 a.m. (ET) session.

That said, a lot is happening in the market and you’ll need to pay close attention to spot the best opportunities.

And no matter the market type – bear or bull – there are always industries bucking the trend.

Unsurprisingly, many of you told me yesterday that you believed we were in a bull market.

And I’d agree on generally all fronts.

But these two areas are making some seriously bullish moves even while the rest of the market is in retreat.

Yeah, that’s not a mistake…

As of yesterday, AAA reported that the US national average at the pump is up above $4 for the first time since 2008.

Now, I know that isn’t shocking news for some of you out on the West Coast, but for the rest of us it is a reality we’re not ready to face.

Between the geopolitical tensions with one particularly large petrol-state, inflation, supply chain shortages, and the remnants of the pandemic all putting pressure on prices, it isn’t particularly surprising that we’re in this situation.

That’s exactly what lead me to take a look with Penny Nation members at Transocean Ltd. (RIG) just over one month ago.

For those of you who are unaware, Transocean Ltd. is the world’s largest offshore drilling contractor.

That makes them perfectly well suited to capitalize on new business as various governments call for short-term energy fixes, favoring drilling in areas outside of the Russian Federation.

On February 7, when Penny Nation officially took action on RIG, it was breaking above the 200-day moving average.

And just yesterday I’m proud to announce that members had a chance to exit for a 200% gain. 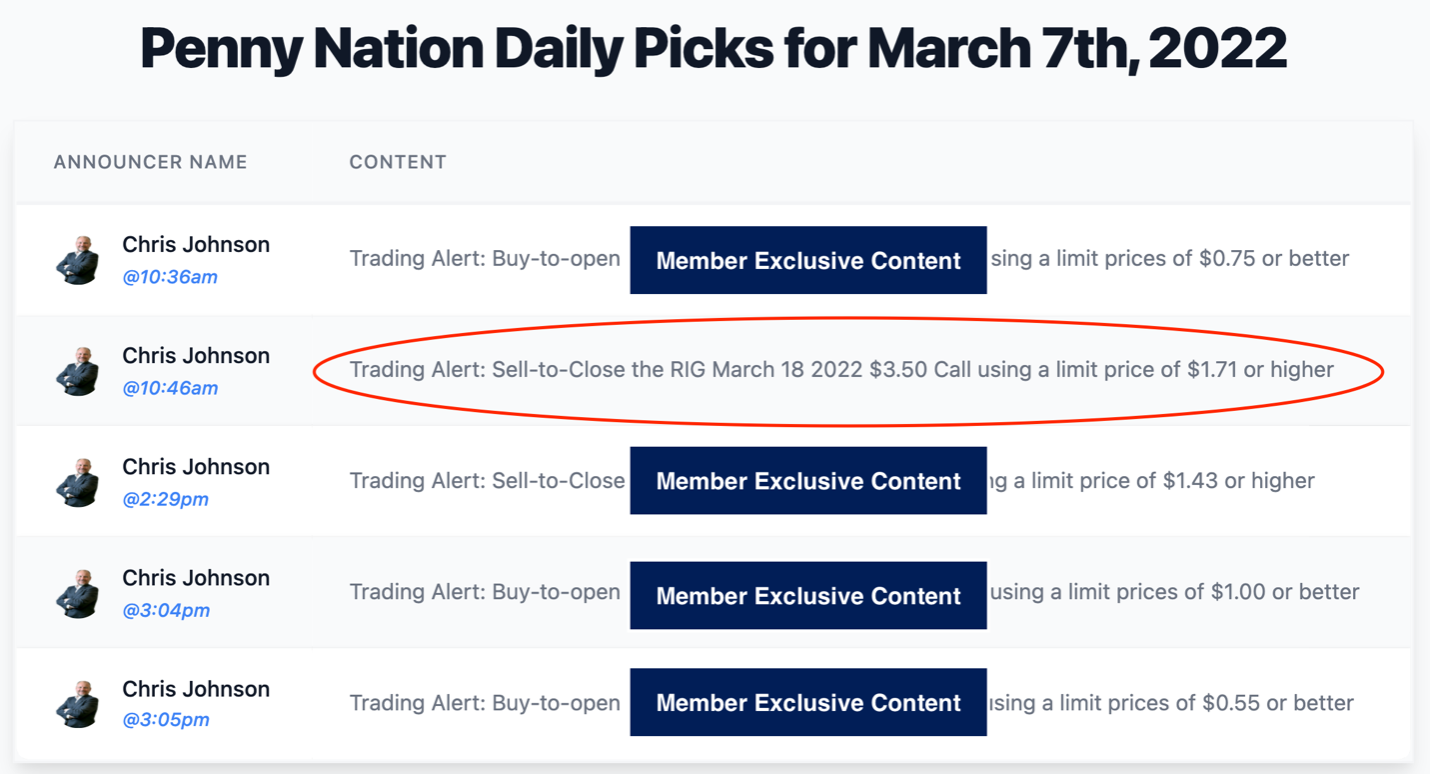 This one truly had both the breaking news story and technicals on its side – a perfect example of what we discuss in our morning F.A.S.T Scan sessions at 10:30 p.m. in the Penny Nation club room.

And just as I mentioned, energy isn’t the only corner of the market rallying this week.

There are many reasons to buy into gold right now.

As many seek safe havens from rising inflation and instability all over the world, it is not surprising that gold is back in fashion.

Turkey was already attempting to buy so called “under the mattress” gold from citizens in a desperate attempt to save the lira.

But they aren’t the only ones driving up demand.

And on tomorrow’s show I’m going to share more about how I’m trading gold.

Be sure to tune in then.