I’ll be LIVE at 10:00 a.m. ET today for our Fast Profits Friday hour, and considering the market turmoil we’ve witnessed this week – and what could be ahead next week – this will be a MUST-ATTEND session.

After all, we are on the brink of what’s been a historically dangerous week for stocks – something we’ll dive into both during my LIVE session and in today’s Penny Hawk newsletter.

Let’s just say that if history repeats, my predictions for an official bear market – defined as a 20% drop from all-time highs – could play out even faster than we thought.

However, at 10 a.m. ET,, I’ll touch on the pockets of opportunity I’m seeing right now, as well as some cheap option ideas to go with your Fast Profits Friday trade!

And it could grow even wider next week.

Without further ado, let’s get right to it.

I’ve been warning for some time now – including in your Bear Market Survival Guide – that we could be up against a seasonality wall soon, so to speak.

Today is the last trading session for Week 8 on the calendar, and if past is prologue, next week definitely belongs to the bears.

Take a look at the average weekly performance of the S&P 500 Index (SPX) over the last 20 years: 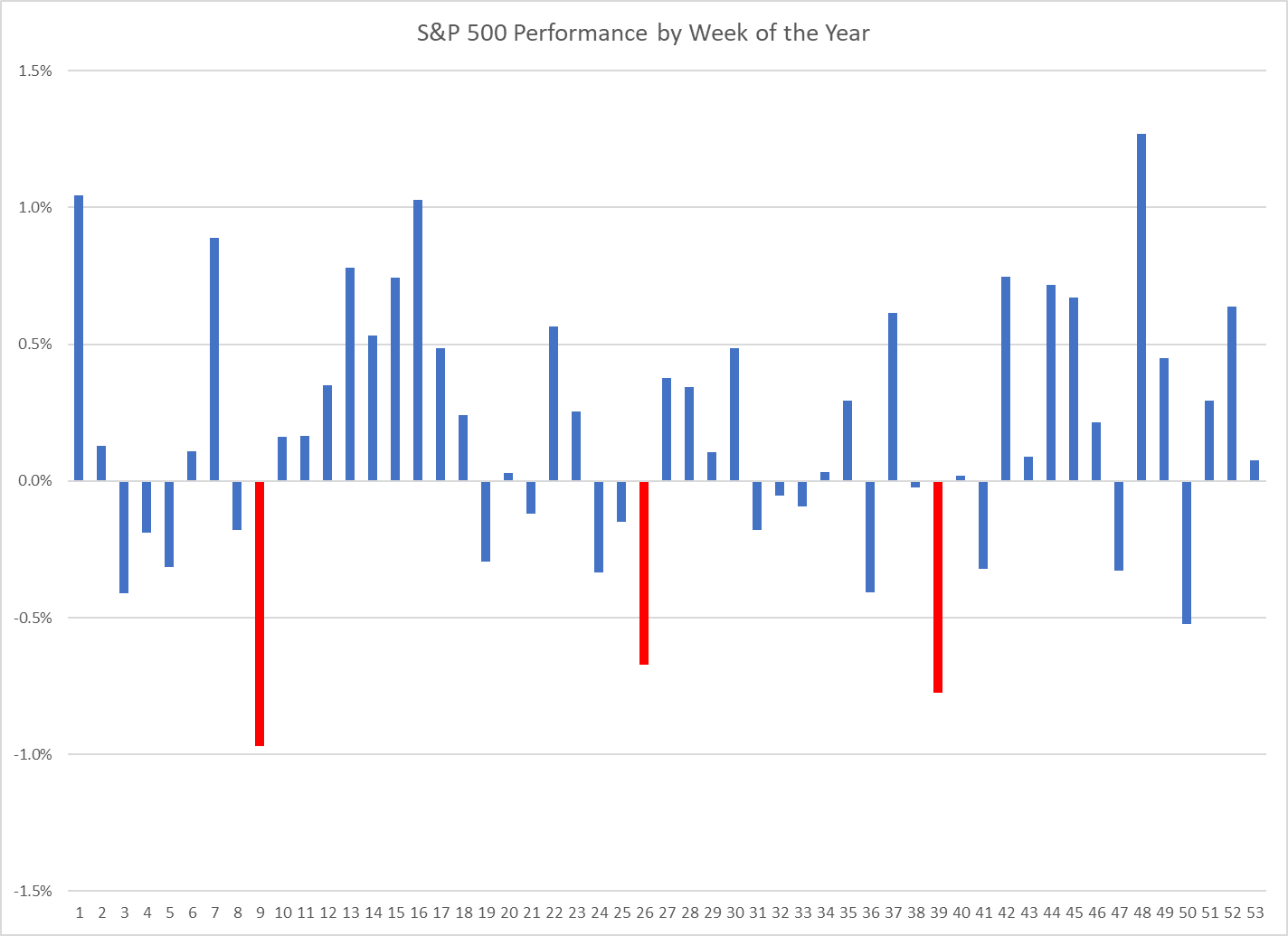 That’s Week 9 – otherwise known as next week – and it’s historically been the worst week of the entire year for the SPX.

The index has averaged a loss of nearly 1% in Week 9, and for context, doesn’t average another weekly loss of more than 0.5% until the mid-point of the year, at Week 26.

Of course, some might argue that the Trading Santa from Hell (no, Brandon, he’s not real – don’t worry, little buddy!) just came a week early this year, considering the steaming turd he just dropped down our chimney in Week 8.

But as you know, I believe the worst is yet to come… especially if we continue to see light volume – a distinct possibility with earnings season winding down.

That’s why I wrote your Bear Market Survival Guide, and why I’ve been trying to teach the importance of hedging your portfolio.

It’s also why I’m watching the iShares Global Clean Energy ETF (ICLN) going into next week, as I’ve mentioned in recent Long & Short of It sessions.

This exchange-traded fund (ETF) tends to take it on the chin in Week 9, historically, and some profit-taking could be in store after ICLN gained more than 7% yesterday. 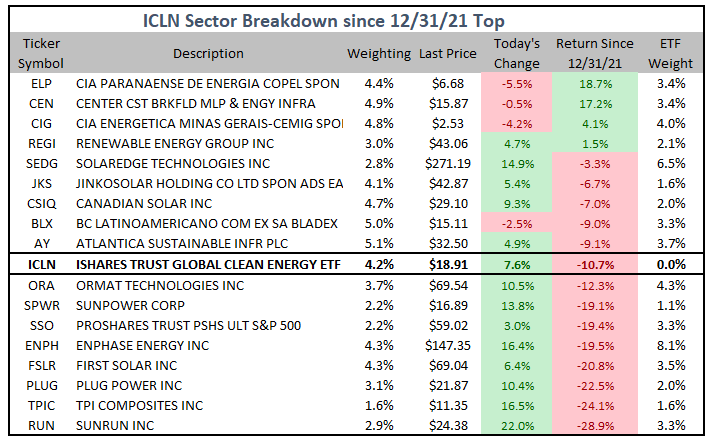 Make sure you’re in the room at 10:00 a.m. ET today, as we watch stocks like TPI Composites (TPIC) after earnings last night, as well as several other sector movers.

Also notable: About 75% of the stocks on the list above were outperformers yesterday, even though names like Sunrun (RUN) are some of the worst performers year-to-date. This tells me the computers were busy Thursday… and I don’t trust it as far as I can throw it.

But we’ll discuss that more at 10 a.m. sharp in our Fast Profits Friday!

As I mentioned earlier, the pool of stocks and options under $10 just got a lot deeper this week, with the S&P, Dow Jones Industrial Average (INDU), and Nasdaq Composite (IXIC) taking a nosedive.

That’s because $10 is a psychological hurdle.

Think about being on a road trip. The 100-mile markers count the most, right?

No one cares 82 miles into Kentucky, trust me.

It’s the same with stocks; round numbers, especially $10, often act like mile markers on the charts.

Case-in-point: General Electric (GE) fell into single-digit territory in 2018 (before a reverse stock split), and was surrounded by a dark cloud for quite a while amid the media hubbub.

That’s because $10 can also act as a psychological hurdle on the way UP.

Traders may set their stops and targets around this nice, easy number, which only reinforces the technical resistance… and keeps them in my sights.

So as more and more stocks like Opendoor Technologies (OPEN) fall into the single-digit realm and into MY purview, more opportunities will abound for my Penny Nation as we navigate this bear market together.

Now, get in the room at 10:00 a.m. ET for more – and bring your questions, comments, and chart requests to chat! – and then enjoy your weekend!

There could be rough waters ahead…