I gotta give some credit to my Crypto Consigliere for always filling in a few blanks. Through my talks with him ive come to realize that Bitcoin is a bit more responsive to the market and it tells me what people who are trading risky equities are out there to do. 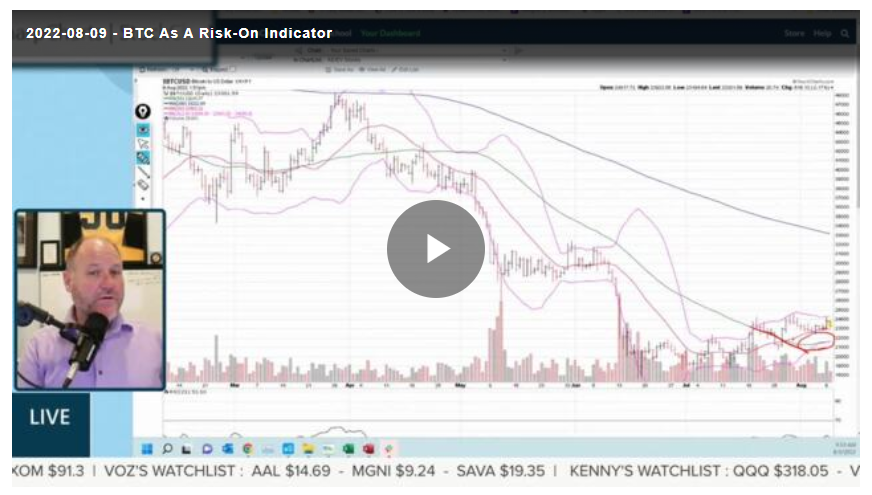 The recent volume has slowly increased as investors are getting pulled into this FOMO rally. That’s right, I’m still labeling this as a FOMO rally! There’s also another familiar group involved with the move in stocks…. MEMEers.

This stock is at the belly of the FOMO beast, and you know what, it is NOT going to go any higher. There is one single thing on this chart that paints this picture in full 4K resolution.

It traded 121 million shares on Monday. To put this in perspective APPLE ONLY TRADES 92 MILLION SHARES A DAY. This is more than any single day that I could track down on the chart. The reason? The MEME crowd struck at the heart of the short sellers again.

Now, there are only 61 million shares available to trade on this crappy retail name, and short interest was at about 25 million shares, 3 times the ADV.

This means that the shorts were literally fighting to get out of this position as the red piled up on their portfolio returns.

This is a clear example of what we call a short squeeze in the business….

Shares of BB, AMC, and other Reddit faves also made the same move, but seriously… do you want to follow this crowd into battle again?

Last time that we saw this much fever over BBBY was in March when the stock shot 140% higher on the same shit action.

Watch yourself because this is the “euphoria” edition of the “disbelief” stage.(exactly what is sounds like, market sentiment cycle-ception)

That’s right, we’re STILL in disbelief. I’ll agree that we’re not if the inflation numbers crater this week, and even then I’ll hesitate when I’ve got real companies like NVDA warning us about the next 6-12 months.

Brandon hit the nail on the head today. He said these rallies are something new to the market. People being able to perform such intricate moves in the market based around the ‘MEME stocks’ because of how fast information can be spread. That is why you are here on Money Morning Live. As a matter of fact we are having an event tonight at 7PM that you can sign up for right here, so we can show you how we are trading this market and what we are seeing. Don’t worry, there is nothing to buy it is pure information as a gift because we need to be sure that you are able to stay ahead of the MEME machine and FOMO buyers (man those 4 letter words are really getting me today).

The Seasonality of the VIX

Did you know volatility follows a seasonal trend just like anything else in the market?

When I asked this the other day a lot if you surprisingly said no, so I feel its important to get all of you up to speed. 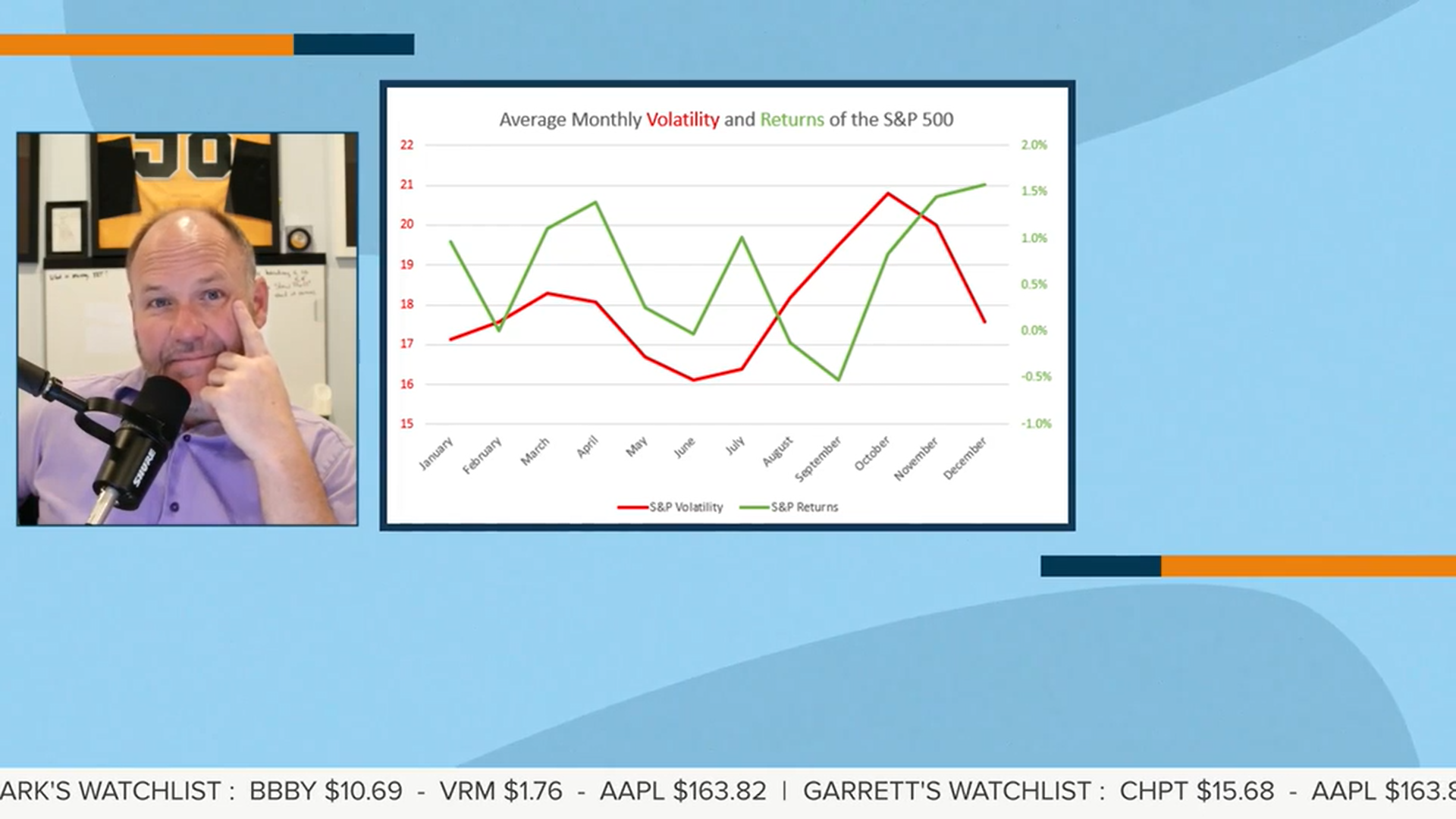 This Chat represents data from the modern market. I don’t care what the market was doing in the 80’s the world is a different place now so we are looking at the past 20 years of data here. We are comparing the S&P volatility to the returns.

As you can see during April, May, and June the volatility and returns tend to dip down followed by a spike for the month of July in returns and a small bump in volatility.

That is when the fun starts.

Heading into August we start to see some real volatility as well as the S&P dipping down into the negative return zone. With that being said, buckle up. Over the next three months the seasonality of the market is going to give you the volatility opportunities that traders love.

If youd like to know exactly when each volatility opportunity is about to happen, join my Night Trader. My technical indicators are the best tool to find these opportunities as they start to build up and we will be able to capitalize on them together!

Yesterday we got the new CPI numbers in and the market was trying to rock right out of the gate. The CPI number came in a bit lighter than expected, not by much but none the less lighter is lighter.

SO this morning’s PPI turned into a bigger deal than the CPI on Wednesday. Why? Just take a look at the charts of the SPY and QQQ. We jumped right out of bed and hit the floor running with a 2.2% pop after the CPI, but the market resisted the urge to move higher, why?

Confirmation baby. Sure one number is good, two is better and this morning’s number confirmed everybody’s suspicions which is why the market is was able to break passed that $327 mark we talked about, even if it was only for a short period.

Investors are going to start thinking this is the peak of inflation because both numbers are down a bit. Heed my warning here, don’t start to celebrate too soon, and watch what the Fed does with this new data. I say this because the market is starting to assume that we are only in store for 50 basis points come September. On the other hand we have had two different people from the Fed come out in the last 24 hours and say “we have to stay aggressive here.” Even in the wake of the Fed Fund Futures telling us that the chance of a 75 basis point hike went from about a 60% chance all the way to 43%.

Remember September is a long ways away from now and there are a lot I data points between now and then that just havent reached our eyes yet so time will tell what the Fed will do, just don’t let the bull rally of a bear market blind you from what might happen at the next Fed meeting.

Stick with me leading up to the Fed meeting I’m going to show you exactly what I am seeing and how to trade it. Don’t believe me just ask my Penny Nation members who just captured a 70% gain on a trade in RIOT! If you want the Inside track on my Penny Nation or Night Trader service give Gabe a call and tell him I said to cut you a deal 855.509.6600.