Who remembers the headlines from 18 months ago? Anybody? I do.

I guess video games were an essential business after the pandemic hit and they just did really well. Maybe it was just the redditors of the world.

It was definitely the reddit community causing it to happen as they tried to ‘stick it to the man’. This wasent really as much of an anomaly as the media made it out to be. The change in the price in GME was certainly extraordinary, but as for why it happened, it is actually more common than you might think.

This is phenomenon is called a short squeeze, although it is somewhat rare it is because it requires a specific set of criteria for it to happen.

What is a short squeeze?

Short sellers open positions on stocks that they believe will decline in price. However sound their reasoning, a positive news story, a product announcement, or an earnings beat that excites the interest of buyers can upend this.

What do we look for in a short squeeze?

I actually came across an old video of mine talking about spotting a short squeeze feel free to watch it here.

Although, short squeezes are rare because they typically only happen under a very specific set of circumstances, they do happen and there is 5 things that you’ll want to look for to decide if it is a good time for a short squeeze to happen in a given stock.

Fist we want to see short interest of over 1,000,000 shares. I like round numbers because they make it easier to sort things out and 1 million seems to be the tipping point for something like this to happen. When there short interest is over 1 million shares, it means there is a large enough group of shares that will be panic bought when they start seeing the price jump.

This will happen because the short sellers will be attempting to tame the trade and limit their loss. The more shares shorted the better because it will further exaggerate the effectiveness of this trading strategy by forcing the short sellers to buy more of their shares back due to the exponentially increasing premium.

The next thing we are going to be looking at is the average daily volume to be over 2,000,000. We want something that is traded widely, this again will start compounding the results of the technique. The sentiment is the culprit behind this. 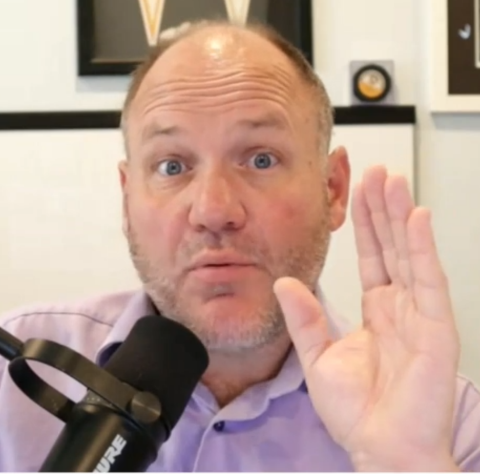 Institutions may be short a stock and they see the price hike happen and start to buy out, retail investors start to see the movement accelerate in the stock and because they are already trading it, they just keep going in an attempt to ride the wave.

The higher the ratio, the higher the likelihood short sellers will help drive the price up. A short interest ratio of six or better is a good indicator that short sellers might panic, and this may be a good time to try to trade a potential short squeeze.

The last thing we NEED to see is a strong trend in the market. In this case the 50-day moving average is what we will typically watch, it needs to be on the rise. Remember that two thirds of the time we have a 50-day on the rise it will close higher the next day.

We are not the only ones that know this, the short sellers will see it as well, it will back them into a corner and they will start to panic. This is a classic fight or flight scenario, they don’t want to fight they will take their money and run causing the price to just keep running up.

There is one bonus indicator that we can look at, that is the short interest to float being over 10%. That means the number of shares that are available to trade outstanding. This isnt something that I think we NEED to find a short squeeze trade but it definitely helps.

Why Am I Talking About This Now?

When I did my scan on Friday 83 different companies showed up. 24 of them were in the biotech sector alone. We have seen A LOT of strength in that sector of the past week or so, I told you in there was a Strong seasonality trend in biotech coming into July.

All of this will be coming into play because we are entering a period where some stocks are going to be able to break out to some new highs.

When I boiled it down there were 4 companies right now that have big time short squeeze potential.

One of the companies that made that list of 4 is an old favorite of ours in the community, Molson Coors (TAP). That’s right. Coors, when the mountains turn blue, it’s as cold as the Rockies.

I have submitted a new slogan Idea to them because mine will fit them a bit better, it goes like this.

When the Mountains turn green, it’s a traders dream. 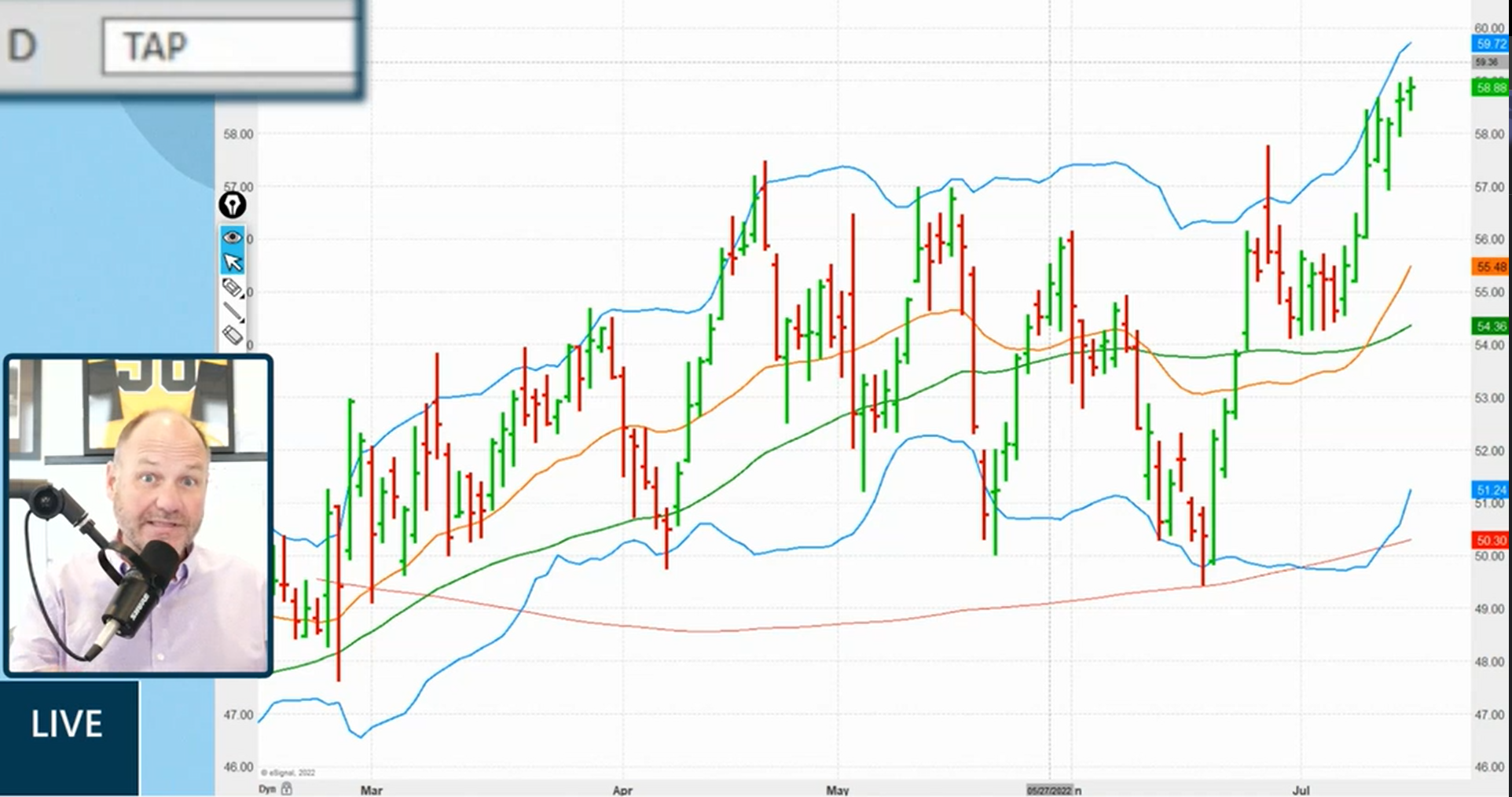 Coors is starting to break through to new highs right now. As you can see $58 was the trigger price for this. We have seen the stock doing its little dance for a while, right now the Bollinger Bands are VERY wide meaning we are seeing some very high volatility it’s going to have options traders salivating.

We are going to start seeing the short sellers panic right around the $60 mark, again, it is always about those round numbers.

Given the numbers id be looking for a target of 65 because of the data I am seeing and the possible short squeeze. Like I said, GME was an anomaly when talking about a run in the price but a quick $7 jump in the stock leaves us in a position to really see some profit by trading options.

Now you know I can’t always just flat out say the trade to just anybody so I am going to be going over how to trade a short squeeze in detail with my Night Traders so, if you want to be in on this lucrative strategy and understand how to spot and trade it yourself just click here to join the crew.