Stop me if you’ve heard this one: analyst walks into a bar. Says ouch.

Expectations = Valuations. So, when Microsoft’s guys say stuff like “we are lowering our expectations,” guess what happens to the stock price.

Microsoft walked into the bar named “rising U.S. Dollar.” It is the first major company to admit feeling the pain of decreasing sales revenue from non-U.S. regions. There will be others though. 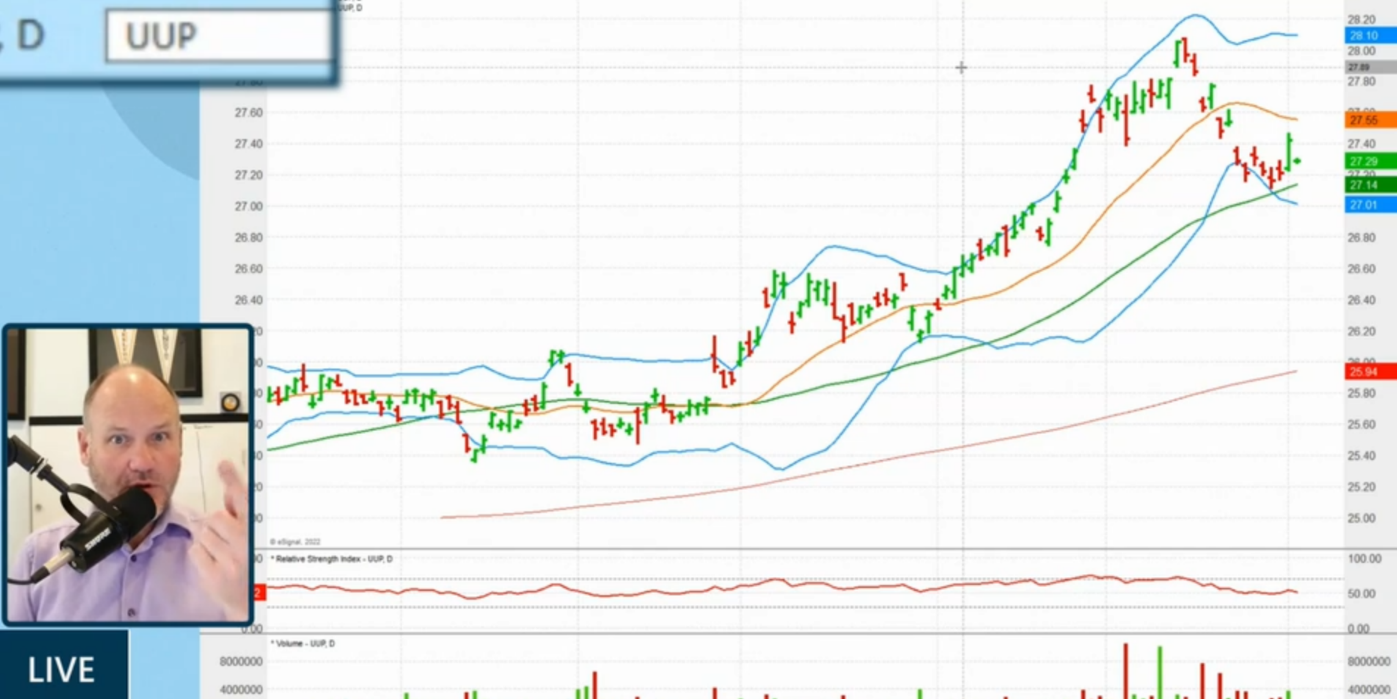 You see that last bar? Mark my words. More multinational companies, those that generate sales in euros or yen or anything other than a greenback, are going to feel an impact to their bottom line.

Microsoft’s confessional news, officially kicked off what I will call “pre-earnings season.” But what do you do about it?

Don’t worry. We’ve got you covered.

Because the hard math on performance since the inception of Penny Nation looks like this:

So I’m not worried. Because this kind of news only generates more opportunity for us to trade. Consider that MSFT fell 4% but recovered all of that during the day. That means buyers are thinking that the bottom has been found.

When everyone wakes up on Monday, and they have a pounding head full of buyer’s remorse. And by Tuesday, if some news drops that lets everyone know Microsoft wasn’t an anomaly, then you can bet they’ll be looking for any excuse to sell.

But you’ll already be in position to sell. You’ll have already tuned in to find out the trading ideas we generated from the F.A.S.T. scan or from great option trades.

Check out The Long and The Short of it each day!