When I sat down Monday morning and looked at the week ahead, two things stuck out like a sore thumb: the CPI and Bitcoin.

These two numbers are whats important for the week ahead.

The CPI is important because it’s the money you and I are putting out each month for the necessities.

Although, how the Fed reacts is going to be the speculation hotspot in the next few weeks as that number came in hotter than expected.

This will also give us the temperature of the room as we head into pre-earnings and companies start to slip some expectations under our door.

And Bitcoin has been a clear risk-on indicator telling us when the traders who invest in risky equities are starting to make their move. We are seeing a key point on the horizon here that is going to lead us to some explosive movement – more on that in a bit.

So, it comes to this?

Seriously, two things matter this week… the CPI coming in hotter than expected, and will Bitcoin break $22K.

As my buddy Brandon pointed out on yesterday’s show, it seems like there are more people who are putting risk back on Bitcoin.

Take a look at yesterday’s Chart of the Day… 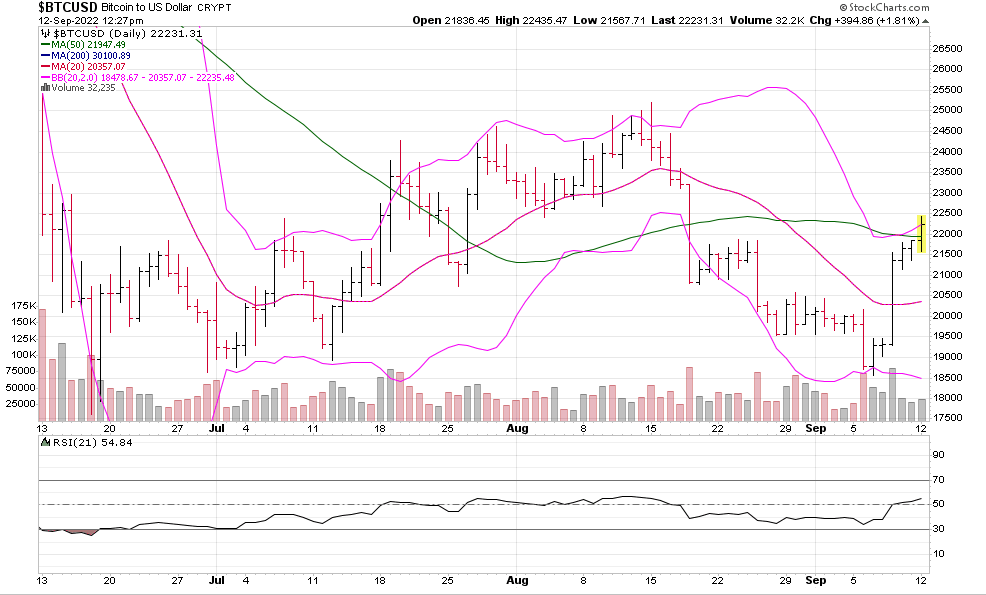 I might not be an expert on crypto, but I am on technical analysis. And this chart is sexy.

Three things I notice on this chart:

We’ll be looking at this and much more on this week’s shows.

And with the Ethereum merge coming later this week, this is as interesting a week for crypto as I can remember. Stay tuned.

The Market’s Next Decisive ‘Reality Check’

As mentioned, the IWM made a bullish break above its 50-day moving average on Friday, the first break above this key trendline since July 19.

Not so coincidentally, Bitcoin made a similar break on July 19 that stopped short of a full-blown rally. There is one thing that is different this time around, the IWM’s 50-day moving average is in a bullish pattern.

Now, I know what you’re saying… “CJ, are you saying that the market is set to go through the roof?”

The answer, “maybe,” or at least a few areas are looking to potentially make a quick move higher, especially if the CPI number were to come in with a favorable view on inflation.

I think that we have all agreed that the market is set for a decisive “reality check.”

Whether it comes at the hand of sustained inflation, a drop in earnings, a European meltdown, or any other domino that has been lined up to fall, there’s still that possibility that we could see another 5% upside.

My job right here, right now… besides hedging the clear and present dangers in the market, is to find the few stocks that could shoot higher.

For that, we go to the list of small cap stocks that are substantial short squeeze candidates.

If you are not sure how to find a good short squeeze candidate check out this video. It’ll give you what I look for so you can catch your footing before the market actually hits the acceptance phase.

There are 66 companies in the IWM that match this criteria from Monday.

Here are the top eight.

Keep in mind, given the setting of the market, your bullish trades should operate with a 25-50% profit target. No going for 100% here because one sign of wobble in the rally will cause a self-fulfilling crash.

Is the CPI Really What Matters Right now?

The Fed was in their quiet period as we got ready for this week’s CPI. It came in a little hotter than expected, as we are sitting at 8.3% inflation over the last year. This puts us in a position to see another 75 beeps from the Fed, today’s action may be standing but, could also end up just a blip in the market depending on the Fed decision.

But remember that we’re moving into the earnings pre-season as companies will start to give us some indication of what the next earnings season holds for the market.

Looking at Factset’s reports over the weekend, I found the following to be one of the best “simple views” of what the earnings landscape is looking like…. 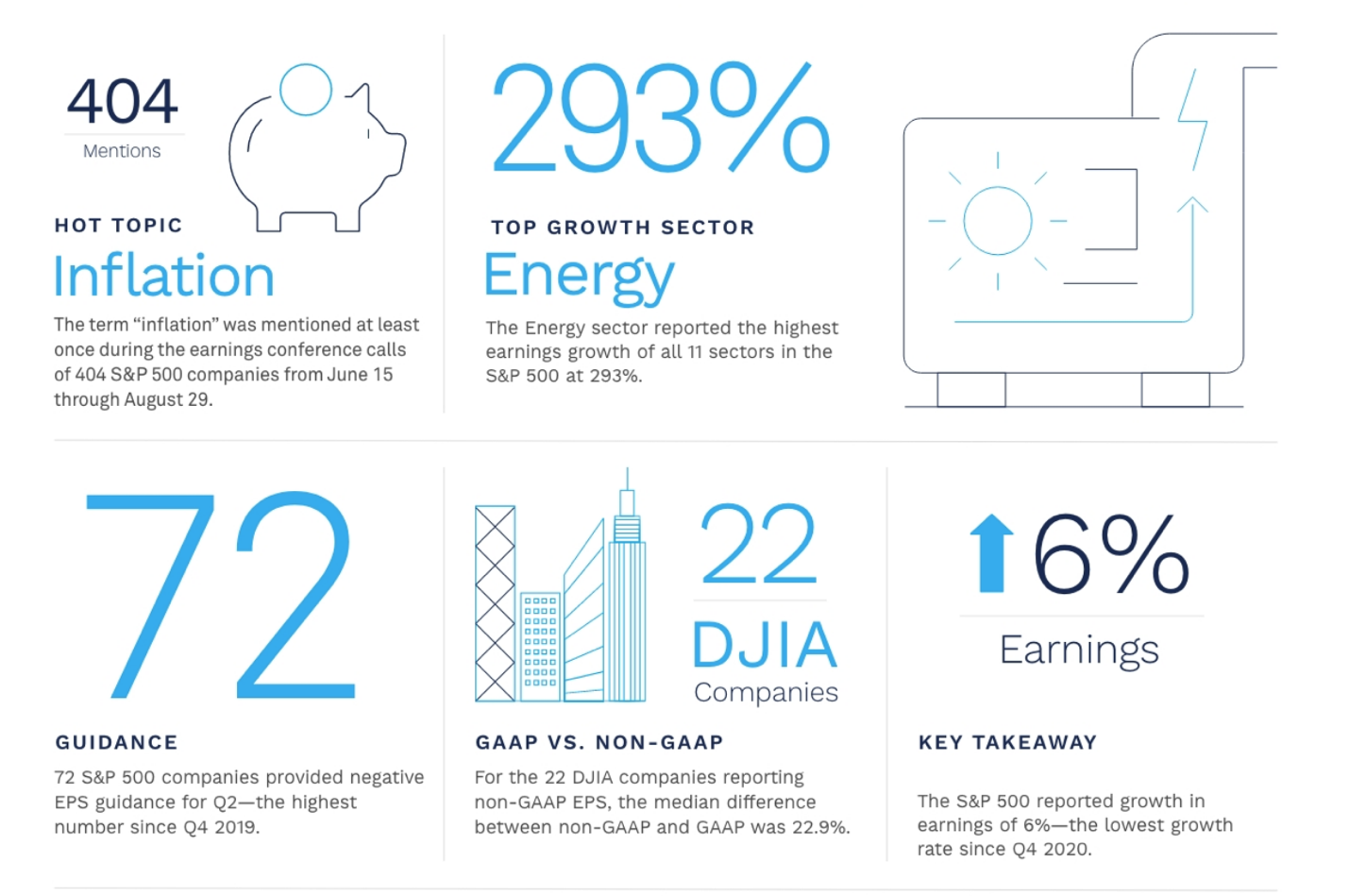 Now some of these stats may seem obscure, but I promise they almost all – with one exception – hold some merit when we talk about what the earning season will bring.

The 404 number is the number of times inflation was mentioned during those ‘Behind closed doors’ conference calls, this tells us that companies are recognizing that inflation is going to have a stark impact on their bottom line.

Energy is the only sector that showed growth last quarter. That’s why we have been keeping an eye on it, because it’s starting to pull back and enter a bit of a transitional phase.

There were 72 companies that are ‘pre-selling’ their earnings and giving negative guidance. This is relevant because we havent seen a number that high in nearly 3 years! These companies are starting to accept that the market is changing, and they need to prime their investors if they are to stay afloat.

We are going to continue to watch how these companies are ‘pre-selling their earning as this is have a big effect on how these stocks will move when the final numbers actually come out.